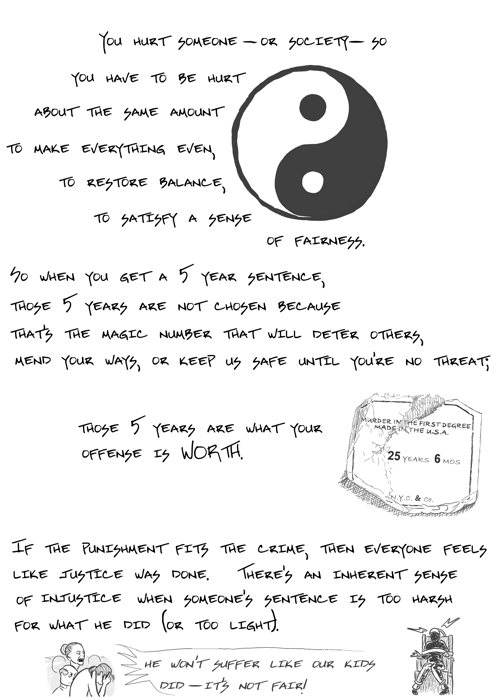 The Illustrated Guide to Criminal Law
Chapter 5: The Three ‘R’s
Page 6: Retribution is about Fairness

You hurt someone—or society—so you have to be hurt about the same amount to make everything even, to restore balance, to satisfy a sense of fairness.

So when you get a 5 year sentence, those 5 years are not chosen because that’s the magic number that will deter others, mend your ways, or keep us safe until you’re no threat; those 5 years are what your offense is WORTH.

If the punishment fits the crime, then everyone feels like justice was done. There’s an inherent sense of injustice when someone’s sentence is too harsh for what he did (or too light).

Anguished mothers shouting “He won’t suffer like our kids did—it’s not fair!” as man is executed in electric chair.

Join the conversation!
There are now 3 comments... what are your thoughts?