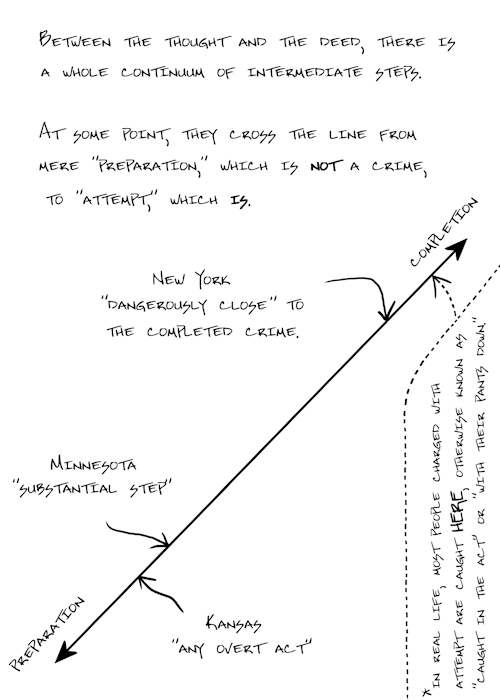 The Illustrated Guide to Criminal Law
Chapter 9: At Least You Tried
Attempt pg 15: A Continuum of Jurisdictional Differences

Between the thought and the deed, there is a whole continuum of intermediate steps.

At some point, they cross the line from mere “preparation,” which is not a crime, to “attempt,” which is.

Kansas: “Any overt act”

Arrow almost all the way to completion: *In real life, most people charged with Attempt are caught here, otherwise known as “caught in the act” or “with their pants down.”

Join the conversation!
There are now 7 comments... what are your thoughts?