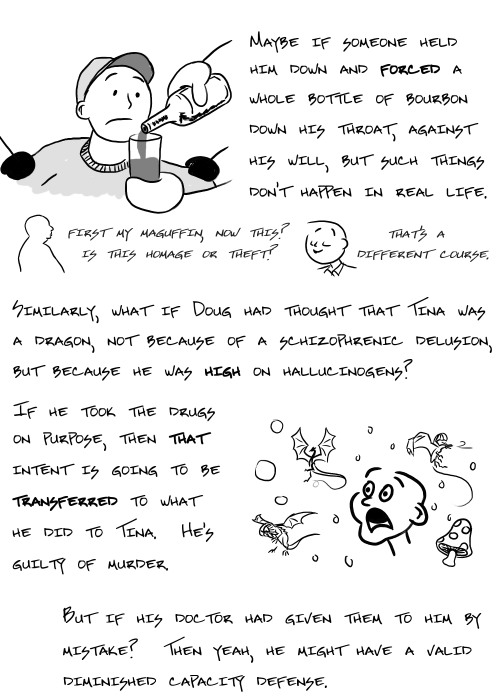 Maybe if someone held him down and forced a whole bottle of bourbon down his throat, against his will, but such things don’t happen in real life.

Alfred Hitchcock’s silhouette: “First my Maguffin, now this? Is this homage or theft?”

Similarly, what if Doug had thought that Tina was a dragon, not because of a schizophrenic delusion, but because he was high on hallucinogens?

If he took the drugs on purpose, then that intent is going to be transferred to what he did to Tina. He’s guilty of Murder.

Doug freaking out and seeing dragons, spots, and mushrooms everywhere.

But if his doctor had given them to him by mistake? Then yeah, he might have a valid Diminished Capacity defense.

Join the conversation!
There are now 13 comments... what are your thoughts?